Looking for a new Android phone? Then you might be tempted to try out the new suggestion tool that Google recently launched on the Android website. It asks you some questions about how you use your smartphone, then suggests some Android phones that might fit your needs. The problem? Most of the time, the results are primarily comprised of flagship phones by the same few familiar brands. If you were looking to be surprised by some great suggestions of lesser-known Android smartphones, you’ll be disappointed.
There’s nothing wrong with the popular flagship phones by well-known brands like LG and Samsung — the same ones you find filling the shelves of every big box electronics store or dominating the displays of your mobile carrier’s store at the local mall. In fact, these phones are often pretty impressive, and fun to play with when you’re shopping around for a new phone. But the problem is that the same few flagship phones dominate both news cycles and watercooler discussions when it comes to Android, and by jumping straight to one of the popular phones, you lose out on even hearing about the innovation, impressive capabilities, and smart design of some of the lesser-known brands.
So we did the research to find out which Android smartphones you should be considering from brands that aren’t so popular in the United States. And the great thing about them is that you don’t need to live outside of the United States, or do your shopping through any questionable online outlets, to hear about or get your hands on one of these smartphones. Whether your smartphone activity consists mainly of taking photos, listening to music, being productive, using social media, gaming, talking and texting, or web browsing, there’s an Android smartphone maker and an impressive phone on the list for you. 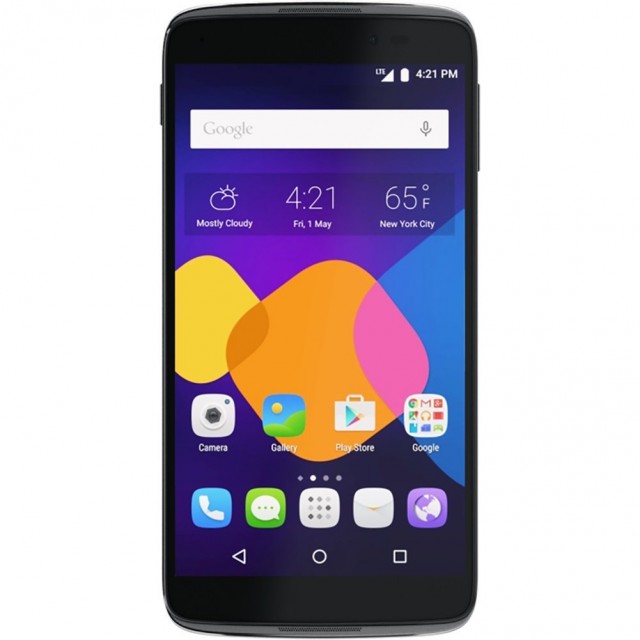 Source: Amazon.com
Alcatel-Lucent is a French tech firm doing some creative thinking about how to make smartphones better. And there’s no better illustration of that than the Alcatel OneTouch Idol 3, an “orientation-free” phone that can take calls even when held upside-down. Engadget explains that the phone, which is available in a 4.7-inch version and a 5.5-inch model, features a symmetrical design with a speaker and a microphone at each end of the phone (which, conveniently, also enables you to use the two front-facing speakers in stereo mode when watching videos or listening to music). Alcatel OneTouch global design director C.W. Park said that his team focused on a specific pain point when designing the phone: how clumsy it is to pick up your phone from your pocket or bag and orient it the right way when your hands are already occupied.
Both models of the OneTouch Idol 3 feature solid build quality, but when you dive into the specifications, you’ll see that the 5.5-inch model is much powerful than the 4.7-inch version. The larger model features a 64-bit octa-core chipset, a high-luminosity 1080p IPS screen, LTE connectivity, a 13MP main camera, an 8MP front-facing camera, a 2,910mAh battery, 16GB of internal storage, and microSD expansion of up to 128GB. While the 4.7-inch model features many of the same specs, it has a 720p IPS display, a 64-bit quad-core chip, a 5MP front-facing “selfie” camera, and a 2,000mAh battery.
Both models ship with Android Lollipop and what Engadget characterizes as a “fair” amount of customization. That customization includes the ability to swipe to the left on the homescreen to access the OneTouch Stream, which gathers local weather information, a timeline of your upcoming appointments, top news, recommended wallpapers, featured apps, and an accessories showcase. Engadget notes that Alcatel OneTouch’s design and build quality are continually growing more impressive, and, as exemplified by the Idol 3, it’s working hard to solve the annoyances that come up when you depend on your smartphone to complete a variety of tasks everyday. The Idol 3 is already available in the United States, and the larger model starts at just $249 unlocked. 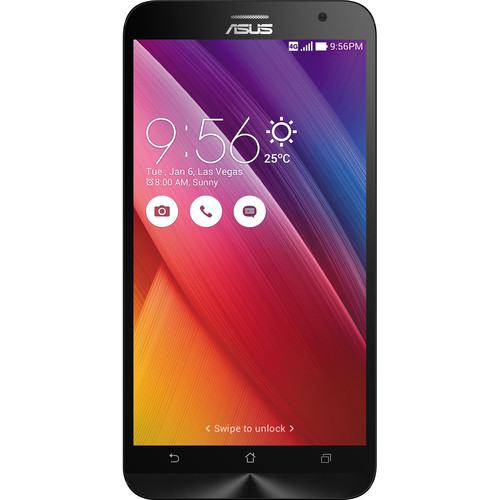 Source: BHphotovideo.com
Asus is a Taiwanese hardware manufacturer that you may already know for its PCs, but most shoppers aren’t aware that it also offers some excellent smartphones. Take as an example the ZenFone 2, which CNET reports delivers smooth performance, a clean and feature-rich user interface, and even an impressive low-light camera, which is still a fairly unusual benefit. Its 3,000mAh battery can go from dead to a 60% charge in in 39 minutes thanks to a fast charging system, according to The Verge.
What Asus calls the ZenFone 2 is actually two different models with five variants; three of them feature 5.5-inch screens, and the other two feature 5-inch displays, each with a different price point, RAM, and built-in storage.  The ZenFone 2 is powered by a 2.3GHz, 64-bit quad-core chip and is offered with either 2GB or 4GB of RAM — especially impressive given the fact that even high-end flagship phones typically ship with 3GB at most. The 4GB ZenFone 2 falls somewhere between a midrange and flagship phone; the low-light performance of its 13MP rear camera beats that of the Samsung Galaxy S6 and Apple’s iPhone 6.
The 5.5-inch display features with a full-HD resolution of 1,920×1,080-pixels, and a removable rear cover offers access to the dual-SIM and microSD slots. The 3000mAh battery is non-removable, and unlike some of the other dual-SIM phones that offer dual 4G capabilities, the ZenFone 2 has only one active 4G SIM, with the other SIM limited to 2G speeds. The phone features a 13MP f/2.0 rear-facing camera and a 5MP camera on the front. Asus has polished its Zen UI, a custom skin layered over Android Lollipop to offer a variety of unique features and customization options. Unlike the smartphones that Asus has previously sold in the United States, Asus isn’t selling the ZenFone 2 through carriers. Instead, various retailers have the 2GB and the 4GB versions of the phone unlocked for U.S. users. 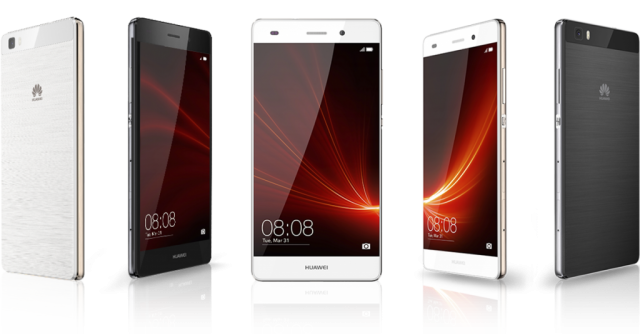 Source: Gethuawei.com
Despite the fact that Huawei is the fourth-largest smartphone manufacturer in the world, the Chinese company still isn’t all very well-known in the United States. But there are several reasons to get familiar with its offerings, such as the Huawei P8, which CNET reports is the company’s best phone to date. The P8 features a 5.2-inch 1,920×1,080 pixel display, 16GB of storage expandable up to an additional 128GB via the microSD slot, a 64-bit Kirin 930 octa-core processor clocked at 1.5GHz, 3GB of RAM, and an all-metal body. Shortly after unveiling the P8, the Chinese company announced a variant of the phone to be released in the United States, called the Huawei P8 Lite.
Bringing the P8 to the United States has been a process. Earlier this year, Huawei introduced the P8 along with the large P8 Max and a plastic version of the P8, also called the P8 Lite. But Mobile Burn reports that the P8 Lite available in the United States is different from the model introduced in Asia, in that Huawei swapped out its Kirin 620 chip for a 64-bit, eight-core Qualcomm Snapdragon 615 clocked at 1.5GHz (the same speed as the Kirin). The phone features a solid 2GB of RAM, a 13MP rear-facing camera, a 5MP front-facing camera, and a 2,200mAh battery. The P8 Lite also features 16GB of internal storage, which can be expanded by up to 32GB via the microSD card slot. The phone competes favorably against other midrange smartphones in terms of design.
However, unlike the original P8, which runs Android Lollipop — albeit with extensive customizations that won’t appeal to every user — the P8 Lite for the United States runs Android 4.4.4 KitKat. (And layered on top of the Android operating system is the company’s Emotion UI 3.0.) While it’s likely that the device will get Lollipop sooner or later, the choice to ship with KitKat is still a strange decision and ultimately a disadvantage for the P8 Lite. The phone is available for $249 from various retailers, including Huawei’s own website.

Switch and you could save $668 on car insurance
Ad by Progressive
Get the coverage you need, for the price you want. Start a car insurance quote today with the details you know offhand. 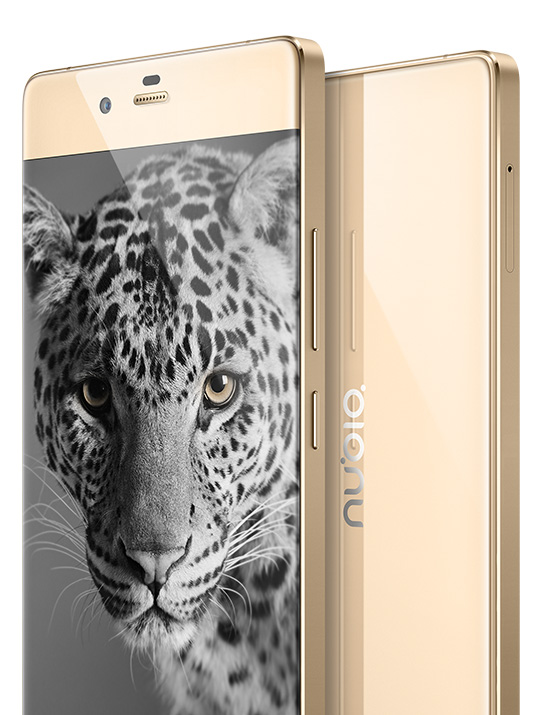 Source: Nubia.cn
Nubia, a premium subsidiary of ZTE Mobile Corporation, is another unknown name that merits the attention of Android fans, especially as it brings its impressive 5.2-inch Nubia Z9 smartphone to the United States. Engadget recently reported that the borderless smartphone features a slim metal frame, which doubles as a touch surface; by gripping it in various ways, you can unlock the home screen, adjust the brightness, or switch to single-hand mode. This “Frame interactive Technology” is also available to third-party apps, which opens up a variety of interesting possibilities for the software running on the device.
The Z9 features an optically-stabilized 16MP f/2.0, an 8MP front camera, and Sony’s IMX234 CMOS sensor. Each camera can be triggered with a dedicated camera button on the frame, and the NeoVision 5.1 camera UI offers advanced features like touch metering that can be independent of touch focus, touch white balance setting, a full manual mode, a star trail mode, a light painting mode, a time lapse mode and, a variety of editing tools.
The 5.2-inch screen is 1080p, a Snapdragon 810 CPU, Android 5.0 Lollipop, and a 2,900mAh battery. The Z9 be available in the United States in the third quarter of the year, and will cost $564 with 3GB of RAM and 32GB of storage, $645 with 4GB RAM and 64GB of storage, and $725 with a fingerprint reader. 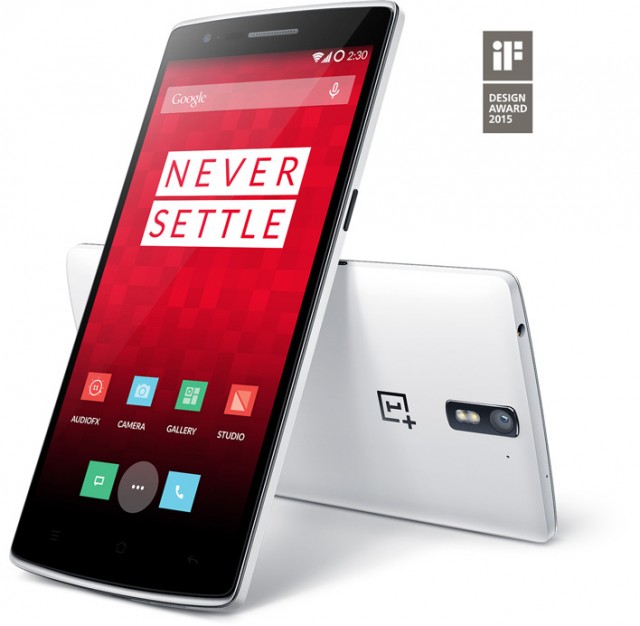 Source: Oneplus.net
Chinese manufacturer OnePlus is making a smartphone that offers a pretty compelling argument for ditching popular flagships all on its own. TechRadar notes that the OnePlus One, which is actually the company’s first smartphone, is “arguably the current poster child for alternative flagships,” with a powerful 2.5GHz quad-core Snapdragon 801 processor and 3GB of RAM — more muscle than the Samsung Galaxy S5.
The OnePlus One runs CyanogenMod 11S, a more-customizable version of Android unique to this smartphone. It costs just $299 for a model with 16GB of internal storage, less than half the price of competing flagship phones by Apple and Samsung. That makes its tagline on OnePlus’s website, “the flagship killer,” especially appropriate. The 3,100mAh battery is designed to last all day without recharging, and the display is designed to be energy-efficient, with CABC and DRAM (Display RAM) technology that adjusts the level of backlight, and differentiates between dynamic and static content on the screen. The phone features three microphones for better voice recognition and noise cancellation, and the touchscreen supports on-screen gestures.
USA Today noted that the smartphone made waves last year not only because it offers powerful specs at an affordable price, but because it debuted with an invite system that limited the range of shoppers who could actually buy the phone. Now, anyone can purchase the smartphone from OnePlus’s website, with both 16GB and 64GB models available without the need for an invitation. Since the phone was released last April, it’s sold more than a million units, and OnePlus has high hopes of selling between three and five million smartphones in 2015.