If you have opted for an Apple iPhone over the plethora of Android smartphones on the market – rejoice. Your iPhone comes with a range of unique features and functions that your Google-powered rivals can only dream of. Here are Express.co.uk’s selection of the top unique iOS options. 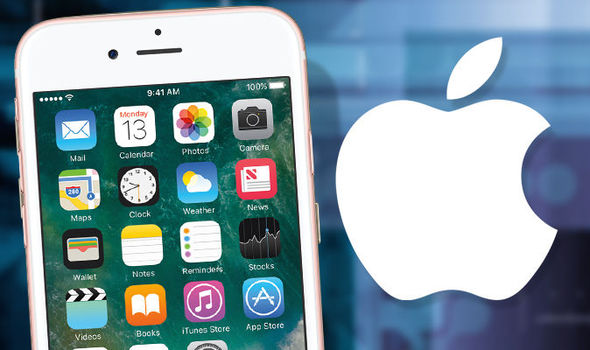 Alongside Microsoft Windows vs Apple OS X, the other fiercely-fought rivalry within the world of technology centres around the device in your pocket.Apple iOS and Google’s Android OS, both unveiled back in 2007, have become public rivals over the last few years.As customers buy more dedicated accessories for their chosen mobile operating system – wireless speaker systems, smart home gadgets, wearables, smartwatches – they are increasingly locked into one platform. So, it seems the battle for smartphone hearts and minds is set to continue for a while yet.But iPhone owners can at least take heart from the fact that their devices boasts a number of stand-out features.Of course, Android has a number of brilliant headline features as well, which you can read about here. 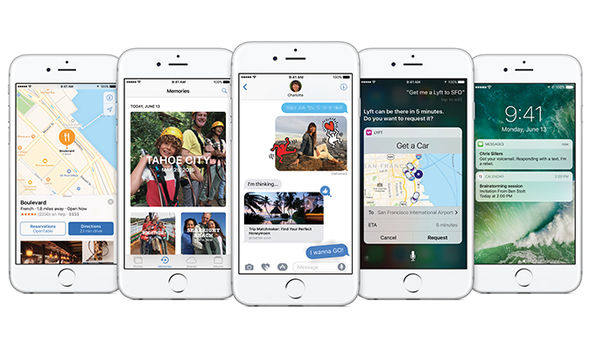 APPLEDevelopers tend to prioritise Apple’s iOS over the Play Store

When it comes to launching a brand-new app, many developers still prioritise Apple’s App Store.There are a number of reasons for this – namely, iOS apps tend to make more money for developers than their Play Store equivalent.Research by independent design and development agency Infinium also revealed the average Android app takes 28 per cent longer to develop than its iOS counterpart.Even Google is making better apps for iPhone users than its own platformThat’s because, on average, the Android version of an app contains around 38 per cent more code to achieve the same functionality.As a result, most of the latest and greatest smartphone games and utilities will debut on iOS ahead of Android.Prisma – the hugely-popular app that leverages artificial intelligence to transform your photos into works of art – premiered on iPhone almost two months before it arrived on the Google Play Store. Even Google is making better apps for iPhone users than its own platform.The latest – dubbed Motion Stills – is a beautiful way to scroll through your photos, with each snap coming to life with a burst of animation as you pass it in the Instagram-style timeline.Leveraging Apple’s own Live Photos, the Google-built app lets you quickly export your animated snaps to social media in widely-accepted formats, like a GIF or a short movie.Whether you’re using iOS or Android, you will have access to the most popular mobile apps – like Facebook, WhatsApp, Uber, SnapChat, Instagram.But even these will debut new features and tweaks on iOS ahead of Android users.WhatsApp recently made its voicemail feature live on iPhone – a week before it appeared on Android.

2 – Instant Operating System Updates for All

When Apple pulls the trigger on a new iOS update, it reaches every iPhone, iPad and iPod Touch owner almost immediately.That’s because Apple has complete control over when its operating system updates roll-out – there’s no intervention from mobile carriers, or smartphone manufacturers.As a result, any security vulnerabilities, software glitches or bugs are fixed with ruthless efficiency within the iOS ecosystem.It also means users can get their hands on the latest features as soon as Apple is ready to push them out.That’s not always the case with Android.Google pushed out its latest update to the mobile operating system, 6.0 Marshmallow, back in October 2015.However, it wasn’t until February 2016 that Samsung Galaxy smartphone owners were able to start downloading the update and enjoy the latest features. 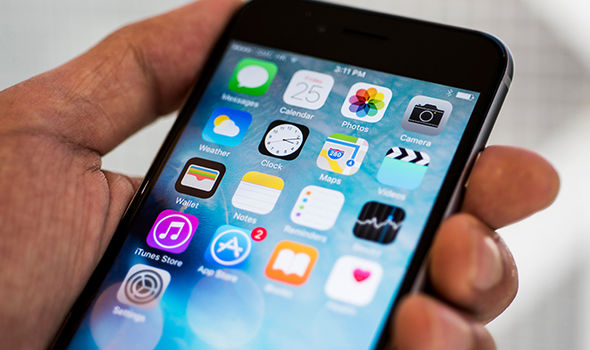 As soon as Apple’s ready to roll-out an update, it instantly becomes available to users

Apple’s Spotlight search is a phenomenal tool.From any Home Screen panel on your iPhone or iPad, simply touch your finger to the display and drag down to load the search field.You can then launch a search for almost anything on your device – apps, contacts, phone numbers, messages, GarageBand projects, draft emails, individual tracks available to stream via Apple Music. Spotlight can also search the web, so you don’t have to fire-up a separate app before you kickstart your next Google search.Like on OS X, Spotlight can handle some basic maths too. So you can type your calculation into the search field and get the answer – without ever leaving the Home Screen.Start using it, and you’ll struggle to remember how you lived without it.Many of this is possible from your Home Screen on Android – but not by default.For all its expertise in search, Google bafflingly makes you turn on searching for apps within the Settings of the Google app. 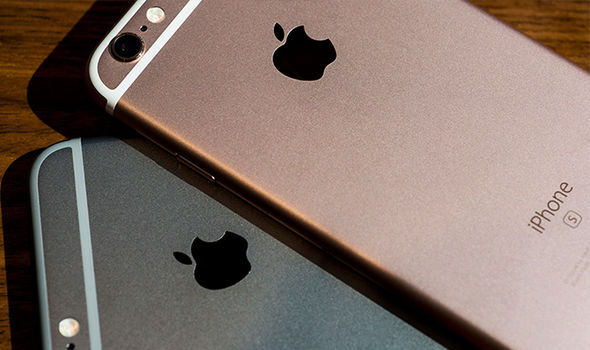 GETTYApple makes both the hardware and software, a completely difference approach to Android devices

Apple’s iOS is a more secure platform than Android. Granted, it’s not impregnable. But it is better.In its 2015 Mobile Threat Report, Pulse Secure estimated that a jaw-dropping 97 per cent of all malware written for mobile targeted Android devices.Meanwhile the United States Department of Homeland Security has previously estimated than a meagre 0.7 per cent of malware threats would affect iOS users.One of the reasons for this disparity is that many Android users do not – or cannot – update to the latest version of the operating system.Android also has more users worldwide, which makes it appealing for cyber scammers. 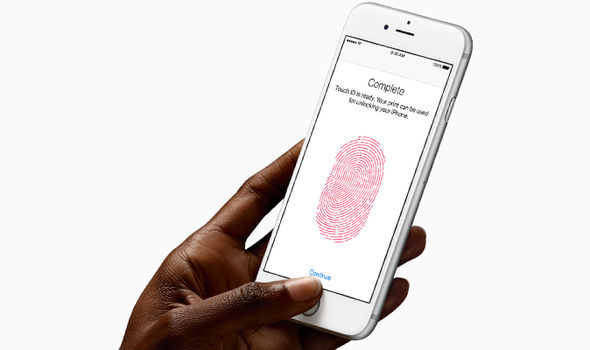 TouchID fingerprint scanners are now universal across the iPhone line-up

Since Apple is the only manufacturer making iOS devices, new technologies tend to see a much faster adoption.For example, the US technology firm introduced biometric security with the Touch ID sensor on the iPhone 5S back in September 2013.Three years later, Apple no longer sells an iPhone from its Store that doesn’t have a fingerprint scanner.That consistency in user experience is very appealing to developers – who move quickly to implement and adopt the technology.In contrast, Android only introduced system-wide support for fingerprint scanners in Marshmallow, which launched in October 2015.Previously, manufacturers had to implement the technology themselves.That meant third-party app developers could not guarantee every Android user would have the same experience. 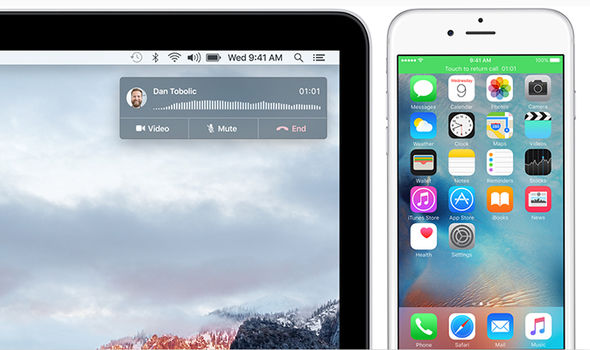 6 – Works Great with All Your Devices

Since Apple creates both the hardware and software for its devices, they tend to work really, really well together.Start writing an email, document, text message on one Apple device and you can immediately pick up where you left off from another.With Continuity, you can also make and receive phone calls from your iPad, iPod touch, or Mac when your iPhone is on the same wifi network.And following the update to macOS Sierra later this year, you’ll be able to copy something on one Apple device – and paste it on another.Being able to seamlessly transition between devices in this way is incredibly useful.And it’s something that’s difficult to recreate when your devices are built from different – and often, competing – manufacturers, running different operating systems. 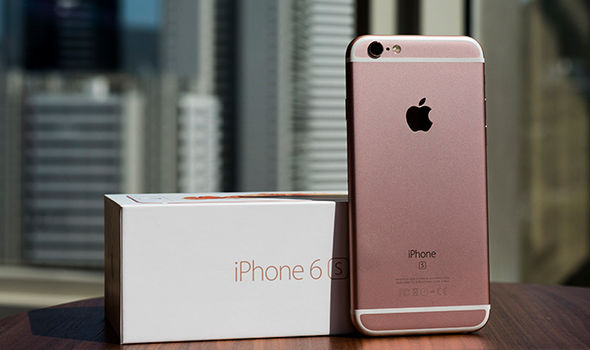 Android might be more popular, but iPhones have a number of superior features

Apple’s Lightning connector might not be a standard, like Micro USB, but it is much more powerful. Literally.Micro USB is limited to nine watts of power, while Lightning provides 12 or more.Unlike the humble Micro USB, Lightning is reversible – which is convenient.It’s also studier because the pins are moulded in one solid piece around the male connector, there’s no need to include a housing to shield and protect the pins – like those used in the male Micro USB plugs. Lightning is also bi-directional, meaning it can be used to power your iPhone or iPad, but it also just as easily can be used to power accessories, like keyboards.MicroUSB 2.0 works only in one direction.The Lightning port can also be used for audio.Lightning headphones are capable of receiving lossless stereo 48 kHz digital audio output from Apple devices, as well as sending mono 48 kHz digital input from a microphone.Manufacturers can also include remote controls with the ability to change the volume, pause and play audio, as well as map buttons to specific app functions.