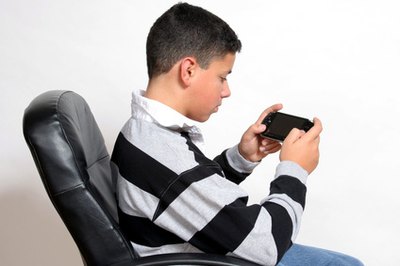 Many kids love the adventure and excitement that accompanies playing their favorite video games. While video games can serve as a fun way to pass time, they also involve being sedentary for periods of time when kids might otherwise be outside playing or practicing with an athletic team. It’s important to set restrictions that prevent adverse health effects due to inactivity.

Those who play video games are associated with a higher risk for seizures than those who do not, according to Dr. Mohamed K. Khan, a researcher reporting at the Council on Science and Public Health. Although no studies on this risk have been conducted in the United States, studies from Great  Britain and Japan have revealed an increased risk in light-induced seizures due to video game playing. In Great Britain, those between the ages of 7 and 19 were associated with a 1.1 per 100,000 risk for experiencing a light-induced seizure. However, those in the same age range who played video games experienced a 1.5 per 100,000 risk, according to Dr. Khan’s report.

Foregoing physical activity in favor of hours spent playing video games can contribute to obesity in children, according to Kids Health, a website sponsored by the Nemours Foundation. Limiting your child’s video game play to one to two hours per day or requiring that she engage in some physical activity prior to playing can help to reduce these effects. Otherwise, your child may not be burning the same amount of calories she would while playing—which results in weight gain. Weight gain is problematic in children because it can contribute to future health problems and establishes unhealthy habits that can be difficult to break as your child gets older. Being overweight increases a child’s risk of developing type 2 diabetes, high blood pressure, high cholesterol and other health concerns.

Not all health effects associated with playing games are negative. When kids play “exergames,” they burn more calories than if they were sitting and playing video games. Examples of exergames include those that encourage kids to dance, box or play tennis. Kids can burn an estimated 4.3 calories per minute playing a boxing game—however, lower-activity games such as golf only burn 1.6 calories per minute. Bryan Haddock, an associate professor of kinesiology at California State University in San Bernardino, tested these games for effectiveness and found that the golf game, “was not a whole lot better than just sitting, but the boxing activity would be the equivalent of the kids taking a brisk walk or slow jog.” Exergame video games may be especially beneficial for kids who live in cold climates or dangerous areas where going outside to play may not be possible. For these kid populations, video games can have a positive effect.