Skip to content
We are committed to researching, testing, and recommending the best products. We may receive commissions from purchases made after visiting links within our content. Learn more about our review process.
Sprint is one of the largest mobile carriers in the U.S., offering fast 4G LTE coverage throughout most of the country. Both Apple and Android devotees will find a phone that will satisfy them in Sprint’s store. Better yet, the company frequently offers substantial discounts and attractive promotions to new customers, including a buy-one-get-one deal on iPhones and the Samsung Galaxy. Whether you are a prospective new customer or an existing one just looking to upgrade, this list will guide you through some of the best Sprint phones available on the market today.

Buy on Sprint.com Buy on Apple.com Buy on Amazon
The iPhone X’s nearly bezel-less design is beautiful no doubt, but is nothing new when compared to some of Samsung’s phones. If anything, its 2,436 x 1,125-pixel, 5.8-inch, 458ppi AMOLED screen just makes every other iPhone look dated; once you switch over to the X, you’ll cringe when you’re forced to babysit your friend’s older model.
Where this phone blows us away, though, is with its seven-megapixel front-facing camera. It uses a dot projector to cast invisible dots onto the object before it and then uses an IR camera to trace those dots and create a 3D map of the object. The potential uses for this are exciting, but for now, Apple is mostly touting it for its FaceID, which allows you to unlock your phone using your face, and even pay for things using Apple Pay. There’s no fingerprint scanner, headphone jack or Home button, but you won’t miss those artifacts for long. The phone houses an Apple A11 Bionic processor, which makes it one of the fastest phones you can buy.
All in all, the iPhone X is an incredible piece of hardware that leaves us wondering what else Apple has up its sleeve. 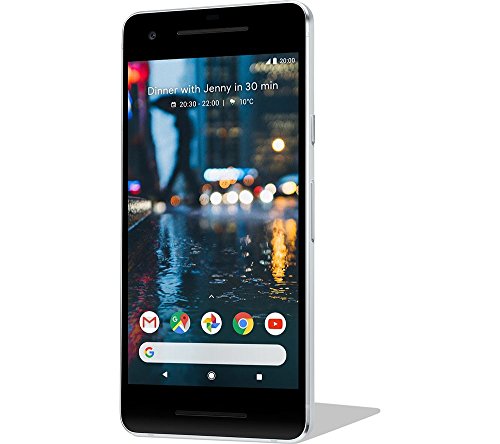 Buy on Amazon
The Pixel 2 comes in two sizes: a five-incher and a teensy-bit-prettier six-incher. Aside from the screen size and price difference, they are essentially identical. In contrast to the iPhone, the Pixel 2 smartly slaps a fingerprint sensor on the back, which makes it natural to unlock. It also positions its speakers to front, as opposed to Apple’s combination of front- and bottom-facing speakers, which might not look as attractive to some people, but clearly sounds better to everyone. And speaking of audio, love it or hate it, the Pixel 2 ditches the headphone jack. If that move is a step toward the future, the fact that it lacks wireless charging capabilities is an annoying step backward. With a Qualcomm Snapdragon 835 and 4GB of RAM, it packs plenty of power, plus a battery that won’t fail you. 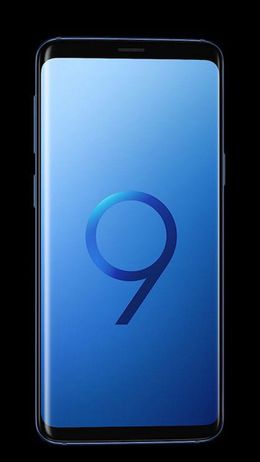 Buy on Samsung
The Samsung Galaxy S9 is equipped with a dual aperture, 12-megapixel rear camera that has Super Slo-Mo for capturing video at 960fps, as well as AR Emoji, which turns Galaxy S9 owners into cartoon images of themselves for social sharing. With autofocus and digital zoom up to 8x on board, capturing images is as easy as point and shoot, but a pro mode helps more experienced photographers by adjusting aperture and brightness for better results. Beyond the camera, the Galaxy S9 stands out with its 5.8-inch Quad-HD+ Super AMOLED display and 4GB of RAM that keeps the device running smoothly day after day. The Galaxy S9 is also water-resistant (IP68 rating) to puddles or spills, while 64GB of internal memory can quickly expand to 400GB if you use a microSD card. 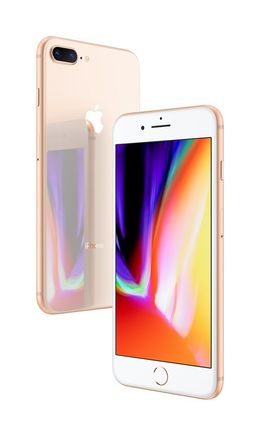 Buy on Sprint.com
While we wouldn’t go as far to call it a budget phone, the iPhone 8 is your best bet if you’re not jumping to drop $1,000 on the iPhone X. Design-wise, it’s pretty similar to the iPhone 7: it still has a Home button, still lacks a headphone jack and has a somewhat bulky bezel.
Where the differences ​are striking are in its charging capabilities and its innards. Apple’s AirPower wireless charging mat is due out in 2018, but it works with all other Qi standard wireless charging mats. Charging is slower via a mat than with a cable, but we love the extra flexibility it provides. As far as the guts go, a 12-megapixel sensor and laptop-grade A11 Bionic processor combine to make the iPhone 8 faster than ever before. For an even better camera, consider the iPhone 8 Plus, which features a phenomenal Portrait Mode.

Buy on Sprint.com
The Galaxy Note 8 has improved safety testing and a smaller battery (reduced from 3,500mAh to 3,300mAh to leave more room in the phone’s cavity), so you can feel confident carrying this high-end device.
The phone features a 6.3-inch OLED display with vibrant colors and a slim bezel. On the back, it has dual cameras that produce portraits with beautiful depth effects, which seem to be all the rage among smartphones these days. Inside, you’ll be pleased to find a premium Snapdragon 835 processor and expandable storage options (up to 2TB). The Galaxy Note 8 also supports wireless charging, which is becoming the norm. What defines this phone, though, is its S Pen. Rather than an annoying accessory, it’s a peripheral that truly adds value, letting you jot down notes and create GIFs on the fly.

Buy on Sprint.com Buy on Best Buy
The LG V30+ does it all and does it all well. LG’s flagship phone is slim but solid, with a fast Snapdragon 835 processor, fantastic battery life and support for wireless charging. The six-incher is made of glass and aluminum, as are most premium phones these days, and sports a 2,880 x 1,440-pixel OLED screen that pops with color. Did we mention it also has a headphone jack? While many phones are ditching this feature, LG builds in a “quad-DAC” (digital-to-analog converter) to make music sound richer and warmer, assuming you have a quality pair of headphones plugged in. It’s a phone audiophiles will appreciate for sure.
If photography is more your forte, the V30+’s cameras won’t disappoint either. It ups the megapixels from 12 to 16 and increases the lens aperture from f/1.7 to f/1.6 to take crisper photos. It also has a second 13-megapixel wide-angle lens that lets you capture more of every moment. 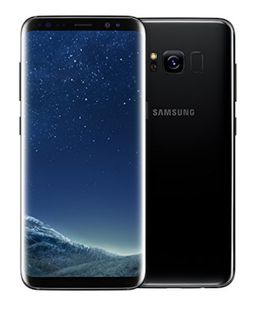 Buy on Sprint.com Buy on Samsung
Off the bat, you’ll notice that the Samsung Galaxy S8 is a strikingly beautiful phone. It’s tall and narrow with curved edges, fitting naturally into your palm. A barely-there bezel encases a 5.8-inch, 2,960 x 1,440-pixel Super AMOLED display; it’s truly one of the best screens on the market. But no one is perfect, and the S8’s flaw is its fingerprint sensor. The sensor is situated on the back of the phone, next the to the rear camera lens, which makes for an awkward unlocking experience and a high likelihood of smearing the camera lens. That’s a shame, considering the average user unlocks his or her phone dozens of times per day. Alternatively, you can unlock the S8 with a facial scan, iris scan or PIN code.
Inside the phone, Samsung stuffs the new Qualcomm Snapdragon 835 chipset and a 3000mAh battery that runs cool and will make you forget about the Note 7’s fiery fate. The device runs Android 7.0 Nougat, but the Sprint version comes bloated with six Amazon apps, six feature apps and eight Sprint apps; luckily they are all un-installable. 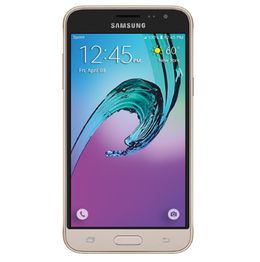 Buy on Sprint.com
The Samsung Galaxy J3 is an affordable option that lets you into the smartphone party at a fraction of the price. The phone features an attractive silver frame with a thin chassis and a smooth plastic back. It has a modest 1.2 GHz Qualcomm Snapdragon processor that will run smoothly, but won’t be as fast as more expensive phones.
Likewise, the 5-inch HD AMOLED screen outperforms other budget phones, but doesn’t replicate the crispness of its bigger siblings. It does have a removeable battery and a MicroSD card, which you’ll inevitably end up using, thanks to the phone’s paltry 16 GB memory and pre-installed bloatware. Ultimately, this is the best affordable phone that Sprint has to offer. 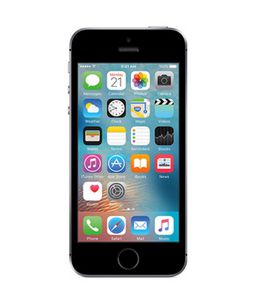 Buy on Sprint.com
Whether you have small hands or just miss the days when a phone could easily fit in your pockets, the iPhone SE combines the latest and greatest smartphone technology with a classic, easy-to-use design. Best of all, it is free if you sign up for a two-year contract with Sprint.
The iPhone SE packs the same hardware as Apple’s flagship iPhone 6S. Apple offers two models: 16 or 64 GB, but the second is the real option, as 16 GB just isn’t enough memory in a world of high-def pictures and large apps. The fast hardware is complemented by a bright LED-backlit LCD display. The 1136 x 640 pixel resolution makes the smaller screen look as vibrant and crisp as any of its bigger brothers. Photographers are treated to an amazing back 12 megapixel filter camera; it also captures 4K video and can capture pro-level pictures. 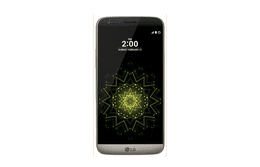 Tired of low-res selfies or choppy Snapchat videos? The LG G5 is your phone. The folks at LG outfitted a smartphone with some seriously great hardware for capturing your life in action. The G5 goes above and beyond its rivals to include an 8MP front-facing camera. That is a higher resolution than many rear-facing cameras from just a generation or two ago. Better yet, it has an Auto Shot feature that takes the photo as soon as you strike your pose. No more straining your finger to reach the volume button to snap the picture.
Other than the selfie tech, the 5.3″ screen has a 2560 x 1440 resolution, and the phone comes with a battery that can be swapped out on-the-go for an instant recharge. The phone is also set up for LG 360 VR, so you can immerse yourself in a different world if you want to change things up.